MC267133 – Updated October 12, 2021: Microsoft has updated the rollout timeline below. Thank you for your patience.

This new feature release can be used to transmit high fidelity music. Users will be able to conduct online music lessons, transmit music performances, or other non-speech content.

This message is associated with Microsoft 365 Roadmap ID 83520

When this will happen:

How this will affect your organization:

This update provides the option for the user to transmit high fidelity music. Teams will automatically adjust the audio bit rate based on the available bandwidth, going down to 48 kbps while still delivering good music quality. Microsoft also provide users with the option to turn off components such as echo cancellation, noise suppression, and gain control if needed.

To enable this feature, please go to Teams Settings > Device Settings and turn on high fidelity music mode. You can choose to turn off echo cancellation when using high quality, closed back headphones. If you use a professional microphone which includes external gain adjustment, you can disable the auto-adjust mic sensitivity setting. 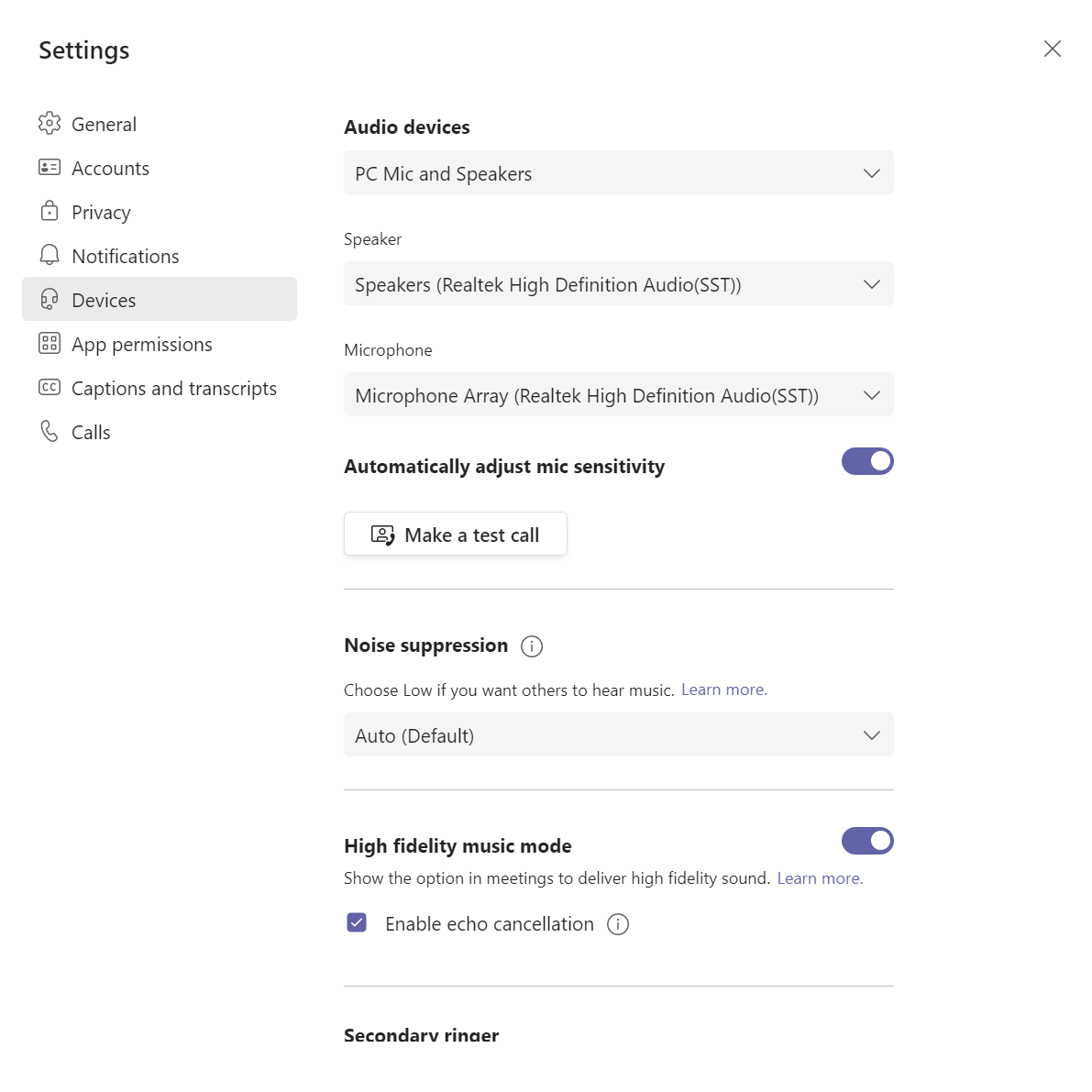 What you need to do to prepare: